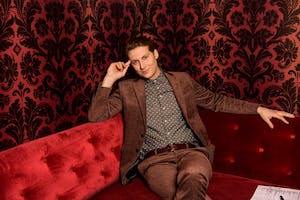 To see an Eric Hutchinson show is to be fully entertained. Hutchinson and his band, The Believers have toured extensively, building a reputation for a high-energy live show, full of four-part harmonies, incredible musicianship, humility, and humor. A show for any music lover, Eric brings the audience to him, playing his unique songs and telling the funny, moving and one-of-a-kind stories that made him the artist he is today.

Now, for the first time ever, Eric has brought his touring band into the recording studio with him and the result is an exciting new album,Modern Happiness. The record finds Eric and the Believers capturing the magic that makes their live shows so memorable, and effortlessly melding Pop, Soul,Reggae, Folk and Americana into a sound that is undeniably Hutchinsonian.

Beginning in January 2018, Eric is adventurously rolling out Modern Happiness, one song at a time, for 10 months straight. Each month will feature behind-the-scenes videos, live video chats, extensive podcast interviews, and much more, all in an effort for Eric to make the recordings as transparent as possible to his listeners. Fans will be able to gain access toexclusive content through Eric's new members-only project, The E-Hutch Club viaPatreon.com/erichutchinson.

In addition to recording his new album this year, Eric released "Songversations", a music listening card game, through Abrams Books in September. The game debuted at #1 in its category on Amazon the day it was released and maintained that position for three weeks.Having sold out of its first printing, “Songversations” is heading into 2018 as one of the hottest new games of its kind.Eric Hutchinson is an international platinum-selling singer, songwriter and seasoned touring artist. He has performed in all 50 states (a milestone he reached this past summer) and has shared the stage with acts such as Jason Mraz, Amos Lee, Ingrid Michaelson, O.A.R., and Michael Franti. His single “Rock& Roll” earned him his first gold record in the United States and the song became a #1 hit in several countries. 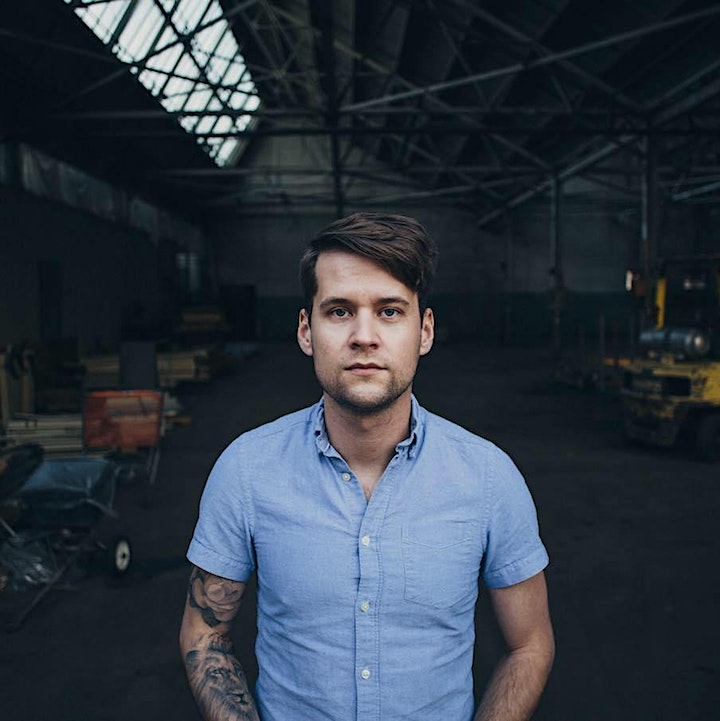 American Wilderness, the striking new Rock Ridge Music album by Nashville-based singer-songwriter Matt Hires, pays off the promise the musician makes to himself in “Begin Again,” one of the album’s key songs, to “shake the dust and start over.”

Produced by Randall Kent in Music City, the 10-song collection is a unified and probing work in which Hires – previously known for his work on F Stop Music/Atlantic Records – has created an intensely personal and self-revealing song-suite where he contemplates his life and his beliefs amid the oft-cacophonous backdrop of modern America.

Hires says, “It’s the most cohesive body of work that I’ve put out, and I didn’t intend it to be that way – it just happened. One of the first songs I wrote for the album was the first track, ‘Fighting a Ghost.’ The second verse contains the line that the title of the album came from. A lot of the ideas behind a lot of the other songs came from that – feeling a little lost amidst all the noise and commotion of culture and society. There’s a lot of struggling and wrestling with faith in the record, too.”

The making of American Wilderness was prefaced by a period of profound personal change for Hires. The well-traveled artist had previously issued two full-length albums, Take Us to the Start (2009) and This World Won’t Last Forever, But Tonight We Can Pretend (2013), on F Stop/Atlantic.

As that label relationship ended, Hires and his wife of eight years decided to relocate from Tampa, Florida, where they had both lived all their lives, for Nashville, home of both the U.S. country music production line and a burgeoning scene for independent songwriters and musicians. They arrived in the city the day after Christmas in 2014.

“I think that was a big part of the change in my music,” says Hires. “There’s something about moving to a new city, and experiencing new things that helped in opening up my songwriting to new levels of honesty.”

Hires quickly fell in with a group of like-minded indie musicians, and began exploring new avenues in his songcraft during informal living-room sessions with them.

He recalls, “We started doing this thing called ‘Scotch ‘n’ Songs.’ The average size of the group was five or six of us. We would get together every other week and share new stuff

that we’d been working on, and share a bottle of scotch or bourbon. We’d talk about the songs. Pretty much all of this album was born out of that, partially out of necessity. A few

weeks would roll by, and I’d say, ‘Oh, man, I need a song to bring to the group,’ so I would sit down and force myself to write. I’d say, ‘What do you want to write right now? If you could turn on your radio or your iPod right now, what would you want to hear?’” The encouragement and feedback of the Scotch ‘n’ Songs crew moved Hires to set aside some of his earlier notions about his craft.

“When I would write songs before,” he says, “I would have these things hanging over my head – ‘What’s my A&R guy at the record label going to think? What are my parents going to think?’ I tried to shed all of that, and just write what I wanted to write. I remember talking to one of my friends in the songwriting group, and he said, ‘Write what scares you.’ I took that idea and ran with it, and it made the record what it is.”

The material on American Wilderness drew its stylistic inspiration from old and new strains of Americana and contemporaries whose work reflects Hires’ own engaging pop sensibility.

“Influences of mine who have been favorites over the years are Bob Dylan, Tom Petty, Wilco,” he says. “While I was writing the material for this album, I got way into Jason Isbell’s Southeastern. During the last year, I was listening to Brandon Flowers’ solo record The Desired Effect – I’m a big fan of The Killers. What I tried to do with this record was create songs that were lyrically interesting with something to say while remaining musically accessible, without being candy-coated.”

Many of the album’s songs explore an individual’s uncertain place amid the roiling tumult of modern life in the U.S. Others – like “Holy War” and “Glory Bound” – candidly observe Hires’ own internal conversation about religion and belief.

“I grew up in the church – my dad was a pastor,” he says. “It was something I was familiar with and comfortable with my whole life. Moving to Nashville, we stepped away from the church and stopped going for a little over a year. I feel that was a really good thing for me. I didn’t stop thinking about that sort of thing. I wanted to look at it from outside the lens of Christian culture, and try to delve into what I actually believe, and be able to question things and not be afraid of that.”

It is perhaps fitting that Hires and producer Kent recorded the basic tracks for the album at a Nashville facility, the Chapel.

Though American Wilderness looks deeply and unflinchingly into the darkness of personal and spiritual experience, Hires emphasizes that his new album concludes on a bright point of light.

“A strong theme on the album is rebirth, new beginnings, and the idea that tomorrow doesn't have to be like today,” he says. “The last song is ‘Don’t Let Your Heart Grow Cold.’ While it can go to some fairly dark places, I wanted to make sure it ended on a hopeful note. You can make it better. Winter always turns into spring.”

American Wilderness is itself a creative spring for Matt Hires, marking the blossoming and emergence of a bright voice in American songwriting.