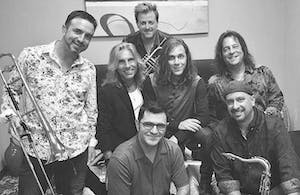 Facebook
Twitter
Email
Beginnings: A Tribute to the Music of Chicago appearing at The Key West Theater

Beginnings is the premiere tribute band to the music of Chicago. They bring to their audiences a flawless replication of three decades of inspired music in a show that includes nearly every charted song and many lesser known esoteric songs that captured the hearts of traditionalist Chicago fans.

There are not many bands that can boast 38 million in sales in the US, with 22 Gold, 18 Platinum and 8 multi-Platinum albums resulting in five number-one albums and 21 top-ten singles. This distinction belongs to Chicago. Once self-described as “Rock & Roll with horns”, an observation that soon became only a small part of their musical legacy. Nearly always experimental, introducing more complex harmonies and voicing coupled with intricate rhythm patterns into essentially rock and roll songs. The results changed the way many heard rock and roll and brought jazz elements to a whole new audience.